What is Vampire Power? 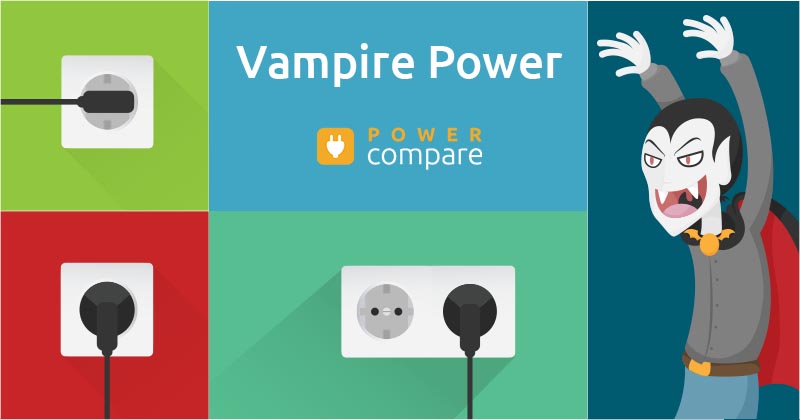 Vampire power, having other names such as standby power, vampire draw, phantom load, ghost load or leaking electricity is the way electronic and electrical devices consume power even if they are not currently turned on or in a standby mode, but still plugged in.

Vampire power wasn’t an issue in the past for energy users, as well as power providers and manufacturers because there wasn’t enough attention drawn to this issue. But as more studies have been carried out, it turned out that vampire power was often several watts or even dozens of watts per appliance. That is a considerable amount of energy wasted when you aren’t even using electric devices, but keep them plugged in.

A great example of vampire power in action is cell-phone chargers. What do you think goes on when it's plugged into the wall continuously? It consumes energy even if there is nothing to charge. Although your mobile phone or toothbrush may not be that much of a threat when it comes to vampire power, the habit of leaving your appliances continuously plugged in most certainly may. For example, the US power consumers waste $3 billion (with a “B”) annually due to vampire power.

Over longer periods of time, many TV sets and microwaves consume more electricity during standby hours than while actually being used. It’s definitely something to think about and consider unplugging your appliances more often to avoid the unnecessary power leakage.

Related news
How to choose a new power plan for your new home
Moving house soon? Don’t take the wrong power plan with you when you move house. Here’s how to choose a new power plan for...
Most popular power providers revealed
A review of over 378,000 residential customers that switched power provider last year has revealed some interesting trends in the provider of choice for...
Power Compare Christmas Opening Hours 2020
Wishing you a happy holiday season and a great start to 2021! Here are our opening hours for the 2020-2021 holiday season. Plus how...